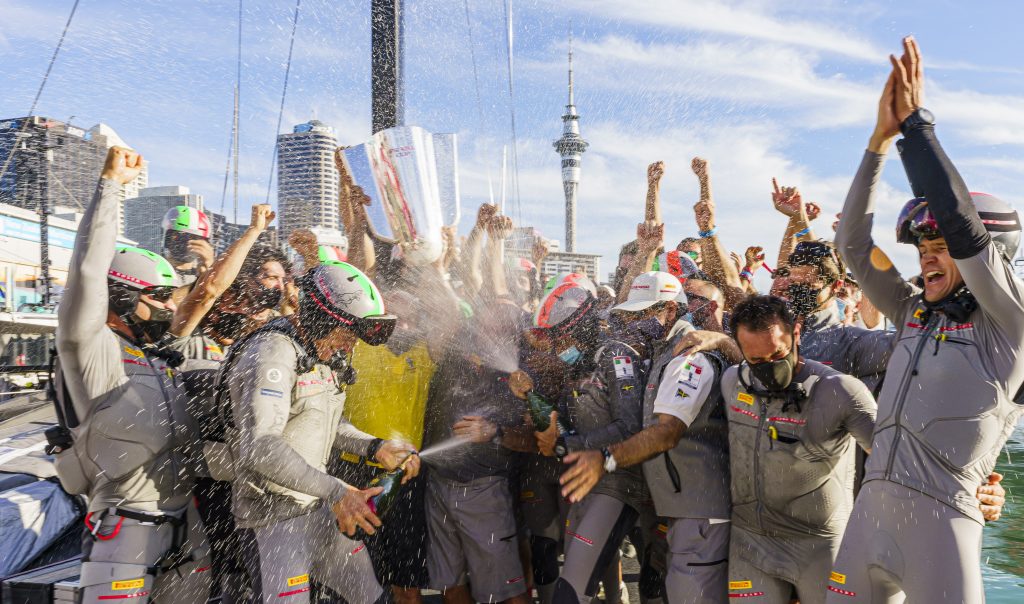 SumToZero congratulates Luna Rossa Prada Pirelli team with its victory in the Prada Cup. We are especially excited about the upcoming America’s Cup final, when two teams who have relied heavily on Gomboc simulation software for their design process and race practice will face each other on the water battling for the ‘Auld Mug’. 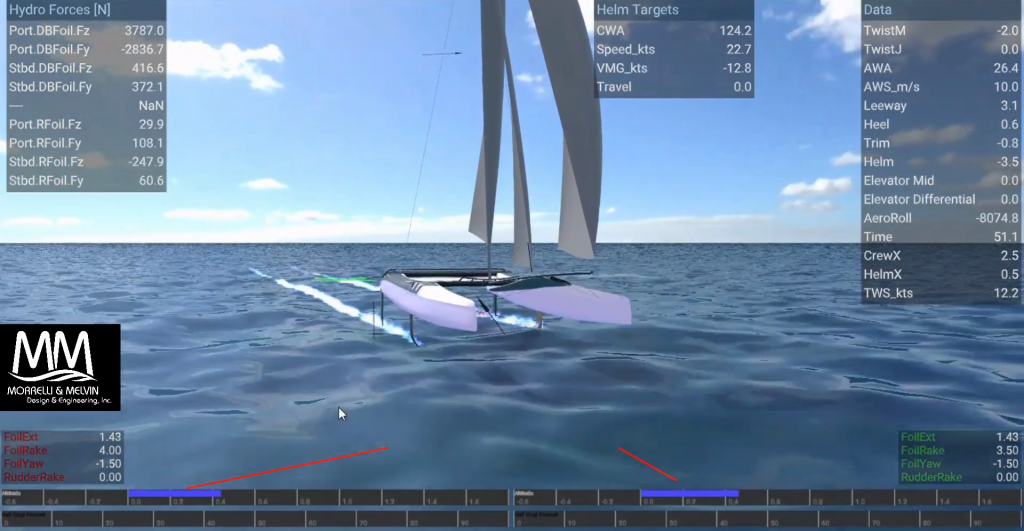 We’re excited to announce that Morrelli and Melvin have developed an Olympic Class Nacra 17 model to create a prototype Nacra 17 simulator. The aim is to help Nacra 17 sailors understand how to get the best performance out of their yacht, and experiment with different ways to sail and manoeuvre the yacht in varying […] 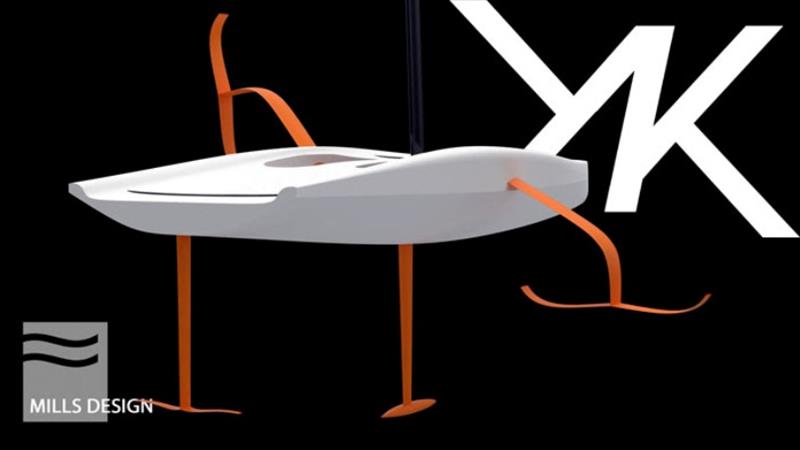 A superyacht based on the America’s Cup class AC75 has been announced by Mills Design. The Flying Nikka concept was developed using Gomboc, with help from the SumToZero team. We’re really excited to see the AC75 concept take-off outside the America’s Cup, and for Gomboc to be a part of that! 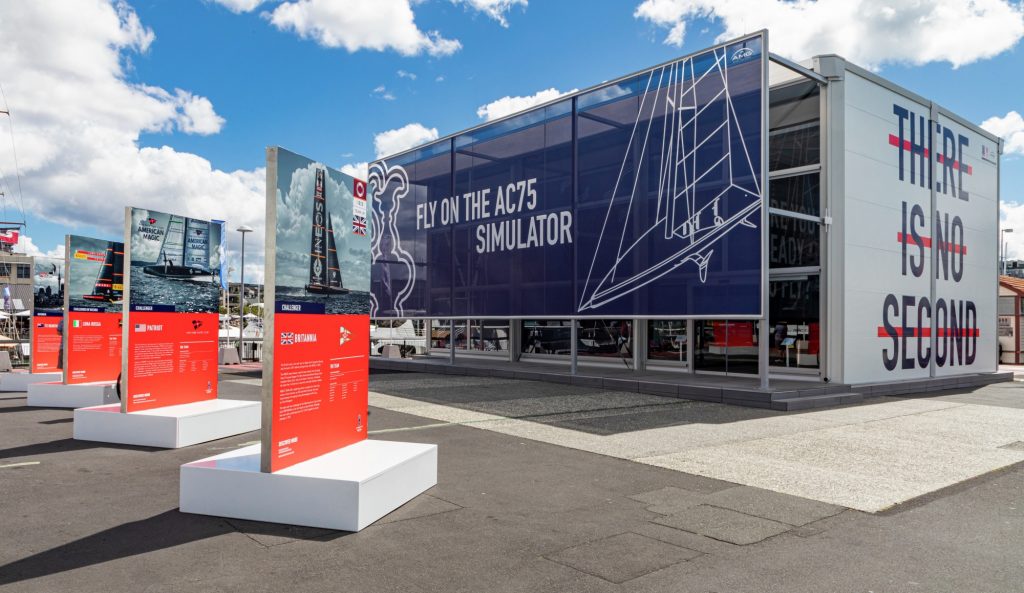 At the Auckland America’s Cup Race Village, one of the biggest attractions is an AC75 Simulator, powered by Gomboc. Advanced graphics and a real AC75 mock-up allow test pilots a chance to experience what it feels to sail these revolutionary flying monohulls. The simulator model was developed in Gomboc by the Challenger of Record, Luna […] 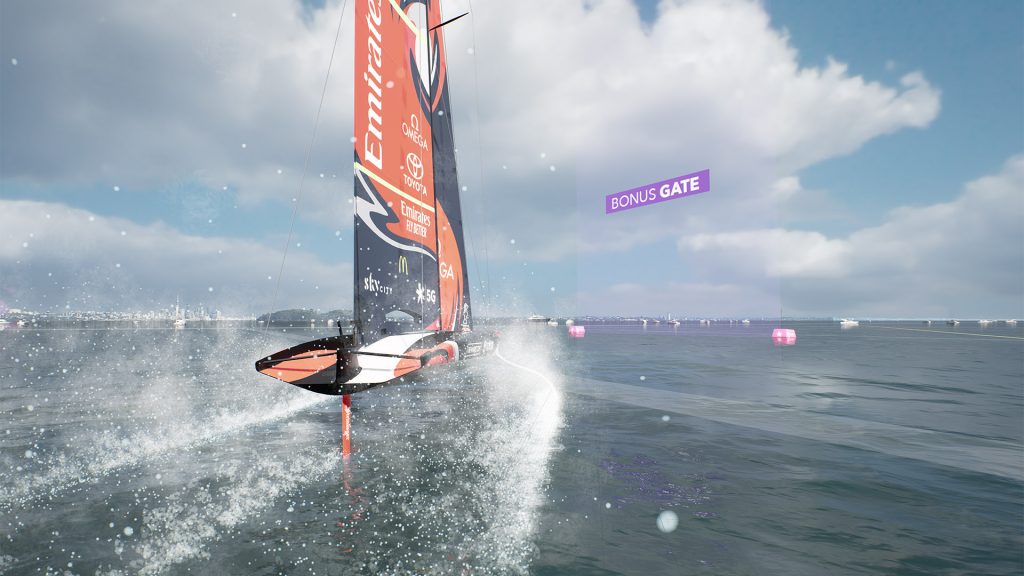 Spark, one of New Zealand’s biggest telecoms companies, has launched the Spark 5G Race Zone, featuring a Gomboc simulator of the AC75. For this project, the Gomboc graphics are rendered by the Unreal gaming engine. Buildmedia created the Unreal graphics environment which is driven by Gomboc. Players use a steering wheel and levels to control the […]

Gomboc Thesis at University of Auckland 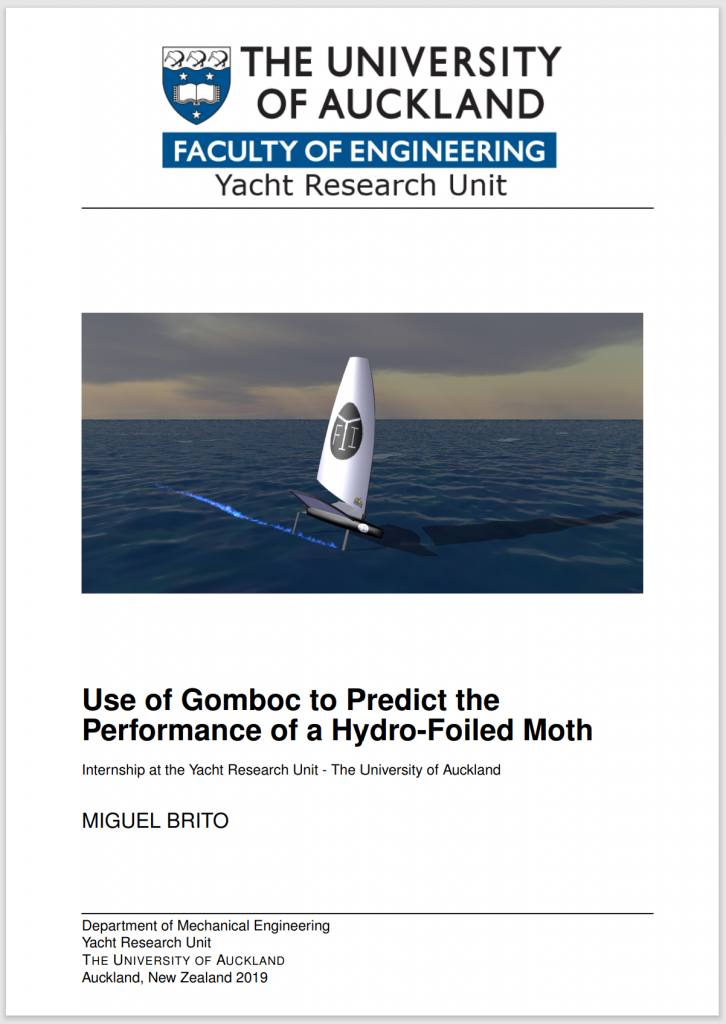 Post-graduate student Miguel Brito has published a thesis on using Gomboc to model the performance of a foiling moth. You can download the 77-page report here. Miguel’s report provides a lot of really useful information about Gomboc, and we recommend reading it if you’re just getting started. Thanks Miguel!